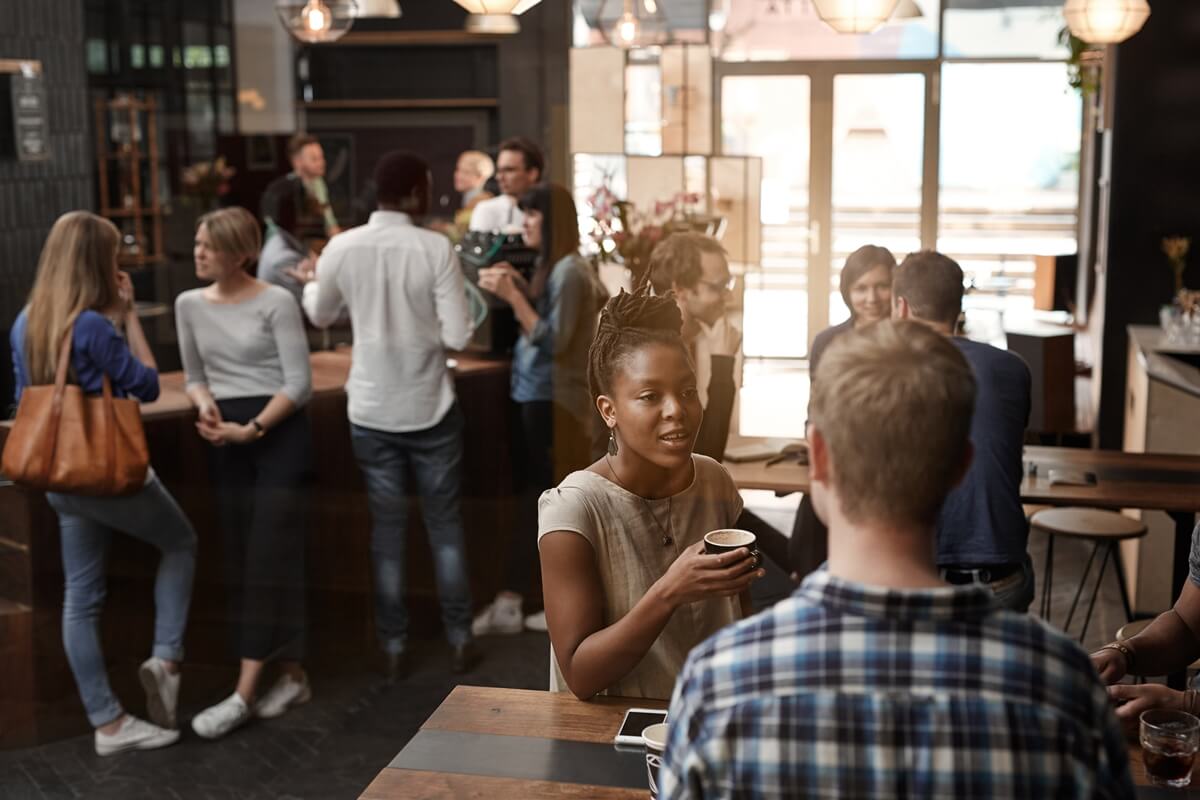 Tea has a long history in Ireland, becoming a staple in every shop and household ever since it hit Irish shores centuries ago.

However, more recently, coffee and coffee shops appear to be taking over the land, and it may have come the time to think if it has become the Irish hot drink of choice.

This surgency has been a stormer, since not so long ago you would have a hard time finding a decent cup of coffee in the entire country. Tea was the order of the day, and coffee wasn’t getting much attention from established business owners. In a turn of events, the last decade saw independent newcomers to the market in Ireland who popped up with excellent coffee shops which quickly spread through every major city’s streets.

The habit stuck on, and the Irish appeal for coffee grew, to the point we can no longer consider ourselves remotely pleased by tasting a quick mainstream instant coffee mix like before. Coffee shops and roasters instilled not only a better acquaintance with great tasting cups of coffee but also presented whole new approaches with lattes, flat whites and a completely new coffee glossary.

Whereas previously, having a cup of coffee would be an occasional event, it has become a staple for many people’s lives, and it shows. Of all European countries, Ireland had a highlighted growth in recent years in terms of coffee consumption.

Recent research conducted on a representative Irish sample showed that 56% of adults in Ireland consume coffee at least once a day – growing 4% over two years – with over a third of participants claiming to drink multiple cups of coffee every day.

Coffee shops are the new pubs

The caffeine brew and its unique tasty and exciting infusion has gathered fans quickly, which contributed to the upsurge of coffee shops all over Ireland.

The last two decades were ground-breaking when it comes to coffee consumption in Ireland, counting with the insertion of coffee as a regular presence in restaurants’ menu and market pioneers that opened the first independent coffee shops specialised in artisan coffee with exquisite techniques that captivate any client.

More and more we are witnessing a trend among health-conscious Irish consumers of opting to socialise in these coffee shops instead of the more traditional pubs and bars. Coffee shops, especially independent ones, transmit an aura based on the vision of the owner, which translates well into attracting masses and making it a popular place.

Signs of these factors are evident when you see Irish pubs offering espresso coffee to attract an audience they may be losing and broadening their own by including those who are looking for a mid-work latte, not a pint.

It is also notable the prominence Irish baristas are gaining in global competitions. The growth in coffee consumption and the education of the culture is culminating in various factors inside the Irish socio-cultural landscape.

Cafes have become quite aesthetic-centric with businesses competing for Instagram location tags and brand image, even aggravated by franchise and big chain coffee brands.

Taste has seen a lesser focus by these coffee shops which, in turn, has led to those who enjoy an expertly brewed cuppa to seek independent craft coffee shops. Coffeehouses have an undeniable charm in their culture and methods that are much appreciated by those who are serious about their coffee. Baristas from independent coffee roasters have a dedication to every cup served with infinite attention to detail from the size and material of their filters to milk textures.

The revolution of coffee in Ireland is nothing more than capitalising on the great things available around the globe and enjoying it in your typical Irish town, served in a compostable coffee cup.